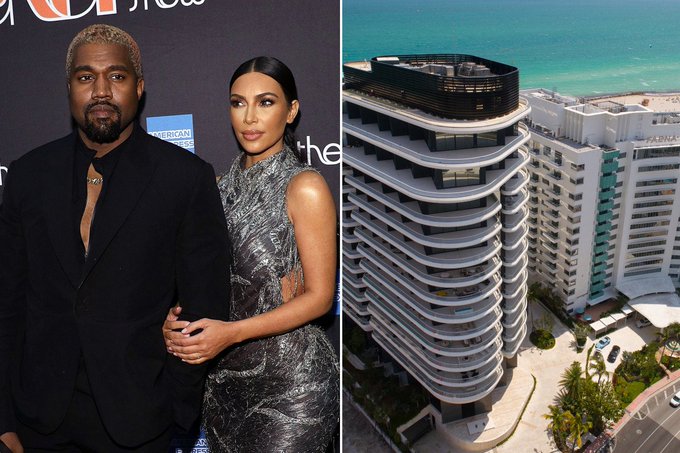 What do you get Kim Kardashian for Christmas? If you’re Kanye West, a $14 million miami condo.

According to TMZ, the 18-story building, dubbed “Billionaire Beach Bunker,” is occupied by hedge fund tycoons and wealthy land developers.

Kanye toured the property while in town for Art Basel. He reportedly made the offer this month and surprised Kim, who has never even seen the condo, on Christmas Day.

According to Page Six, the 4,700-square-foot apartment was previously owned by Alex Blavatnik, the brother of energy billionaire Len. The four-bedroom, 5.5-bath property features a wraparound terrace and was originally listed for $15.5 million.

The couple, who resides in Hidden Hills, Calif., has ties to Miami, where Kim once owned her Dash clothing boutique and filmed her E! reality show “Kourtney & Kim Take Miami.”