Kofi Kinaata’s “PLAY” song is one of the biggest song ever in 2018?

I know most of you will disagree with me and challenge if i say Kofi Kinaata’s “PLAY” song is the biggest song ever in 2018.

But I opine that regardless of your notion truth be told.

Martin King Arthur shot to fame and stage named Kofi Kinaata is a popular Ghanaian musician from Takoradi well noted for his Fante Rap and freestyle tagged as the Fante rap God (FRG).

Born and raised in Effiekuma a residential town in the Western Region of Ghana, lies a pacesetter musician stage named “Kofi Kinaata” who currently with no doubt has the biggest and most trending song ever titled “PLAY” in Ghana as at now.

Why Kofi Kinaata has the biggest song in Ghana

Here are some few things to note to halt your arguments and if you still insist on an opinion contrary to this article you are highly welcomed to allay your suggestions for publication. @[email protected]

In addition to the “PLAY” song was some smash hits like ”SINGLE AND FREE”,”MADE IN TAADI”,”LAST SHOW” among others.

The song without a video enjoyed very enviable airplay on radio and on other digital platforms not to talk of top 10 hit songs of all time. Hitz fm, Adom fm, Peace fm, Yfm,Pluzz fm,Live fm, zylofon fm across all the entertainment channels evidence the fact. 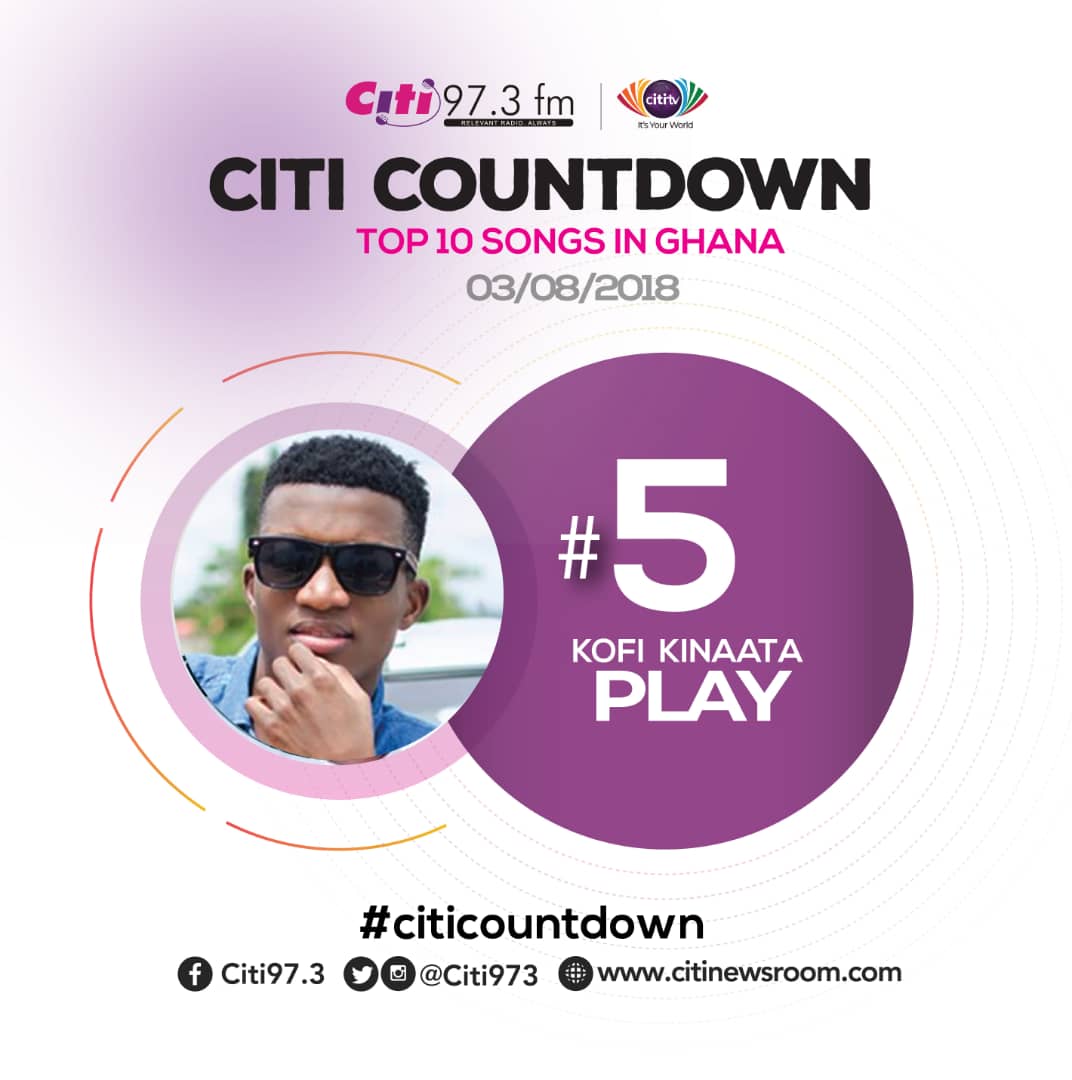 Away from its Radio and digital airplay, the “PLAY” song (‘more mbelede’) video was released in April,2018 and has since perform miracles and magic and never ceases to. What do I mean by that?

The video which was released in April has become the only song to be in the top 5 trending Ghanaian songs of all time for six months now and still counting. In fact there is no GH top ten (10) hit songs list being published without “PLAY” for the past five (5) months according to records. Is it not shocking?

In this 21st century particularly with trends in Ghana, for your hit song to be among the top 5 or 10 trending songs list for about two months might look like a mirage if daydreamed of.

And for Kofi Kinaata’s song to gain massive recognition for six consecutive months may sound like a ‘confession’ if ‘played’ for the seventh month.

This kind of achievement is much more rewarding than being giving a time bomb plaque.

He keeps writing timeless good songs day in and day out and his lyrics are always exceptional and fact-pointing.

Jumia Ghana gives you up to 70% discount on all items. Shop now!
Zylofon Media And Menzgold Invasion In Nigeria, An Exercise In Futility?
To Top