At a very tender age, she already wanted to do something that will make her stand out. She grew up wanting to be an athlete.

Almost everyone in her class wanted to be either a lawyer or a doctor, but she settled on piloting to differentiate her from many of her classmates.

It was a fun dream for her at the initial stages. 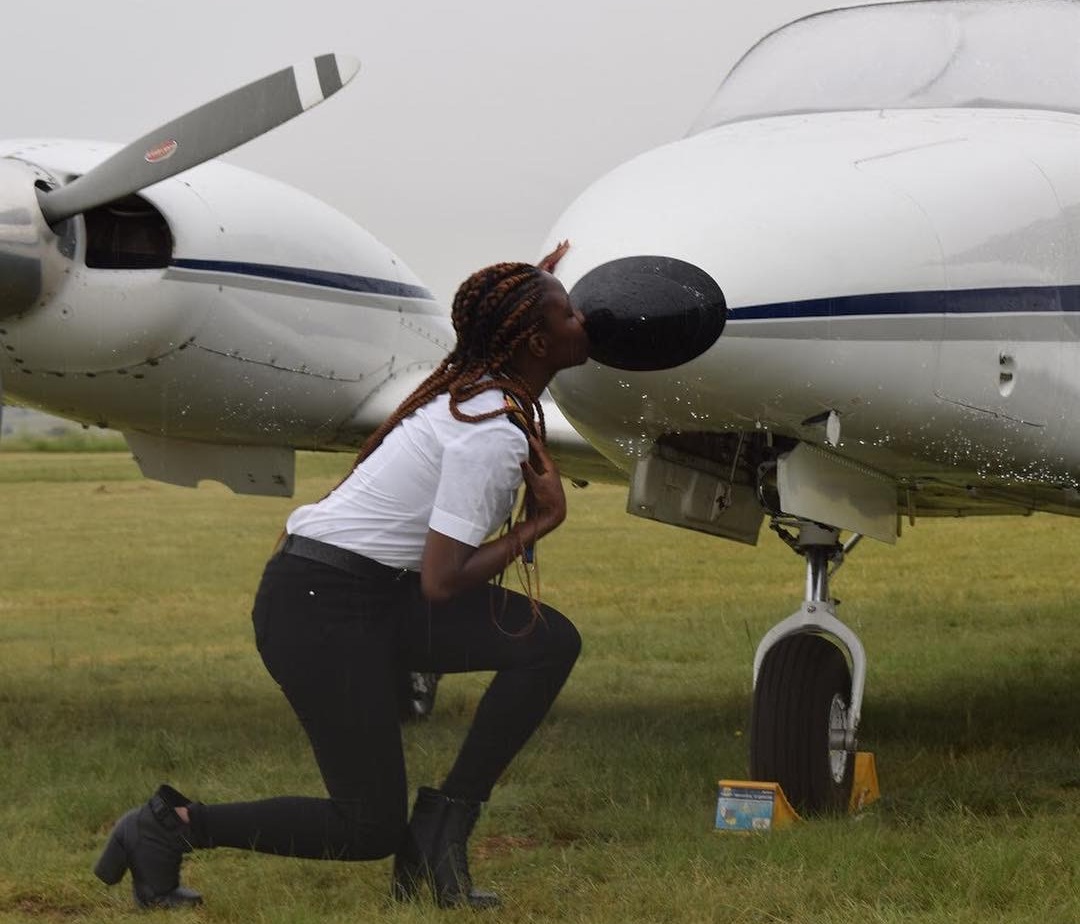 “In the beginning, it was just saying something big close to being a doctor or a lawyer. I was nine years old and in class four, and there is this frequent question society would always want to know what you want to be in future, and then I just had to say a pilot. And then again, in the beginning, I was really quiet. So I thought for a pilot you have to be in the cockpit and probably the passengers would just be behind you so you keep quiet, but during my flight training, you really talk a lot.”

“I also wanted to be different, because when they call doctors in class there were a lot of people that are standing up; lawyers as well. And when I stand in class, they are like wow, and it’s like the wow thing kept me moving.” 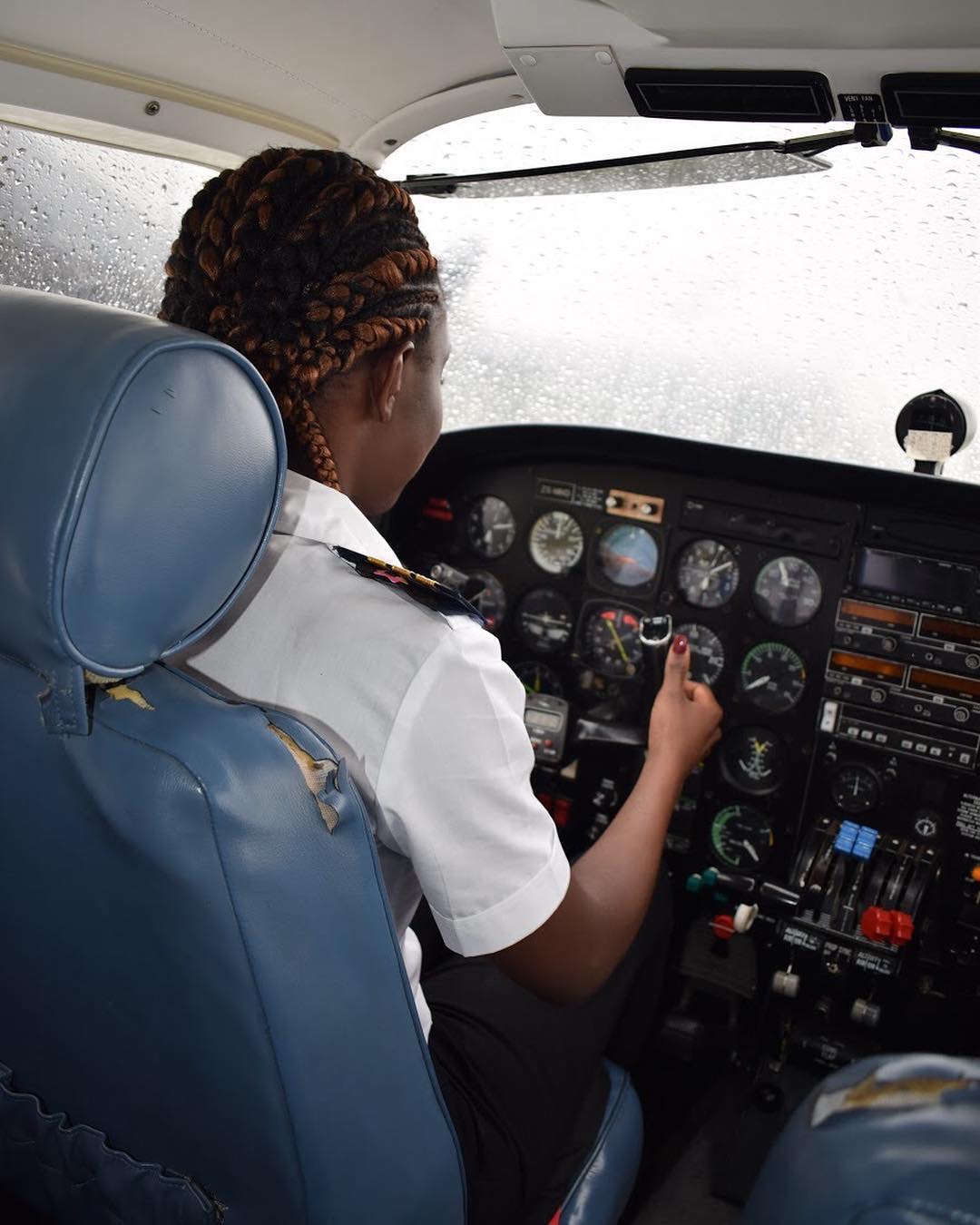 Today, Audrey Maame Esi Swatson has fulfilled this dream, and she is Ghana’s youngest female pilot at the age of 21.

She obtained her commercial license to fly on the eve of Christmas 2018, a feat she says made her Christmas memorable. 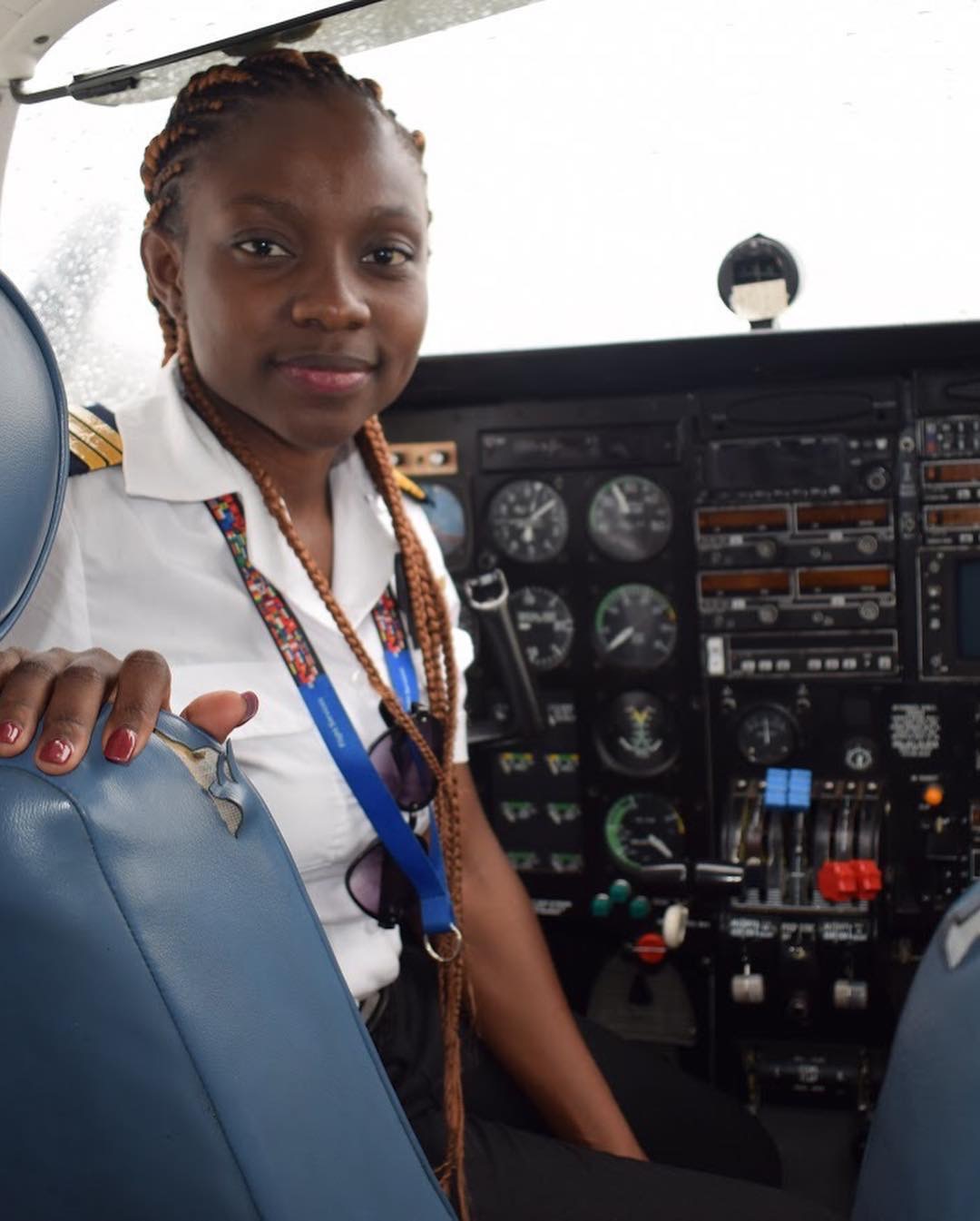 Maame Esi, the first of four children had her basic education at the University of Ghana basic school, Legon, and then to the Ghana Christian International High School, Dodowa, where she majored in General Science.

For her, not everyone was welcoming with the idea of her becoming a pilot as most people according to her, believed it was a dangerous profession to pursue, but the support of her parents enabled her to fulfill her dream. 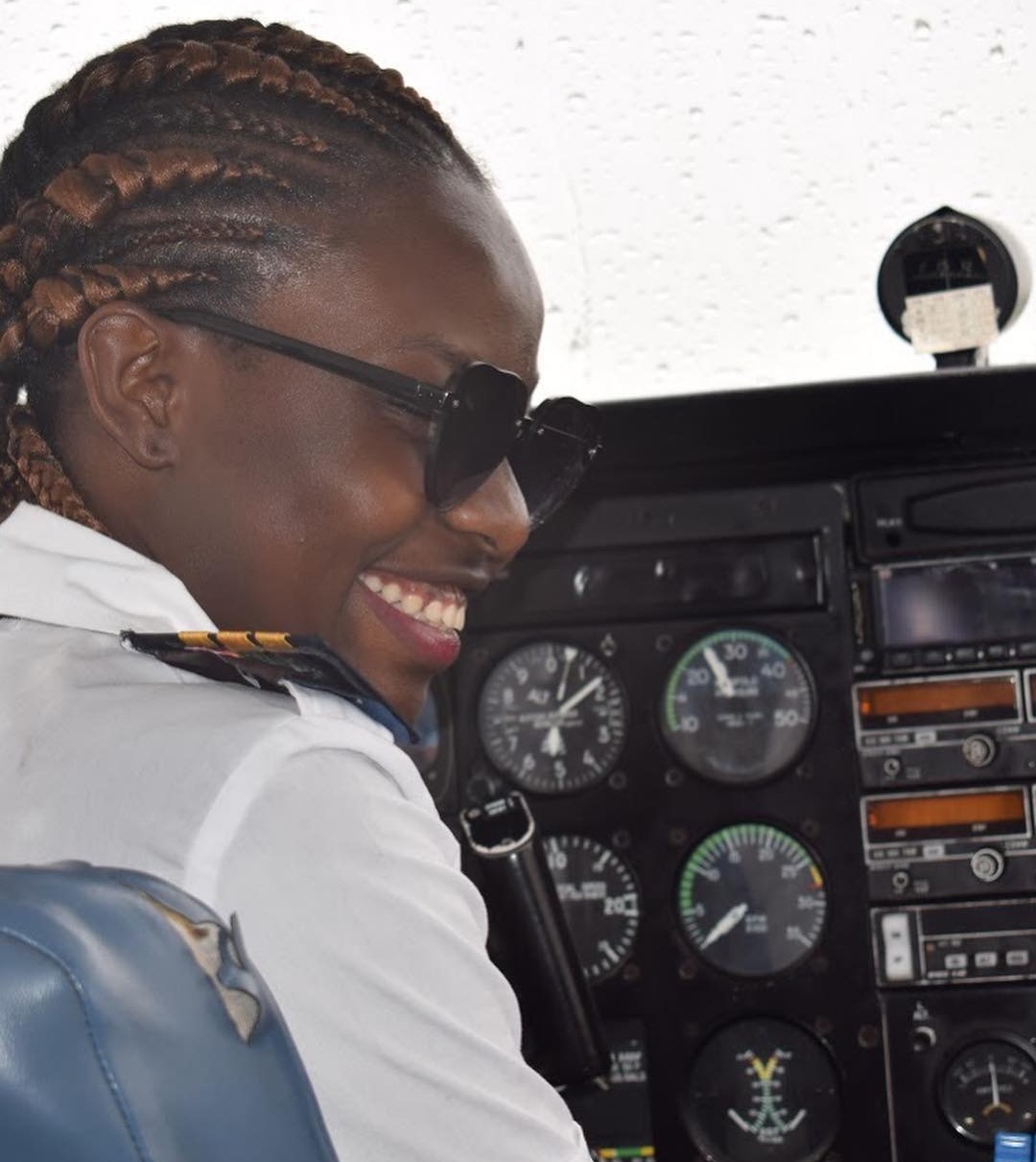 For young Audrey, the educational system in Ghana is not wired to support the agenda of those who want to pursue a career in aviation.

“Towards aviation, the system here in Ghana is not friendly. It limits your option as to who you want to be. The system doesn’t support your dream if you want to be a pilot because it is extremely expensive. It’s easy to train the doctors and other professions but to be a pilot, it is tough.” 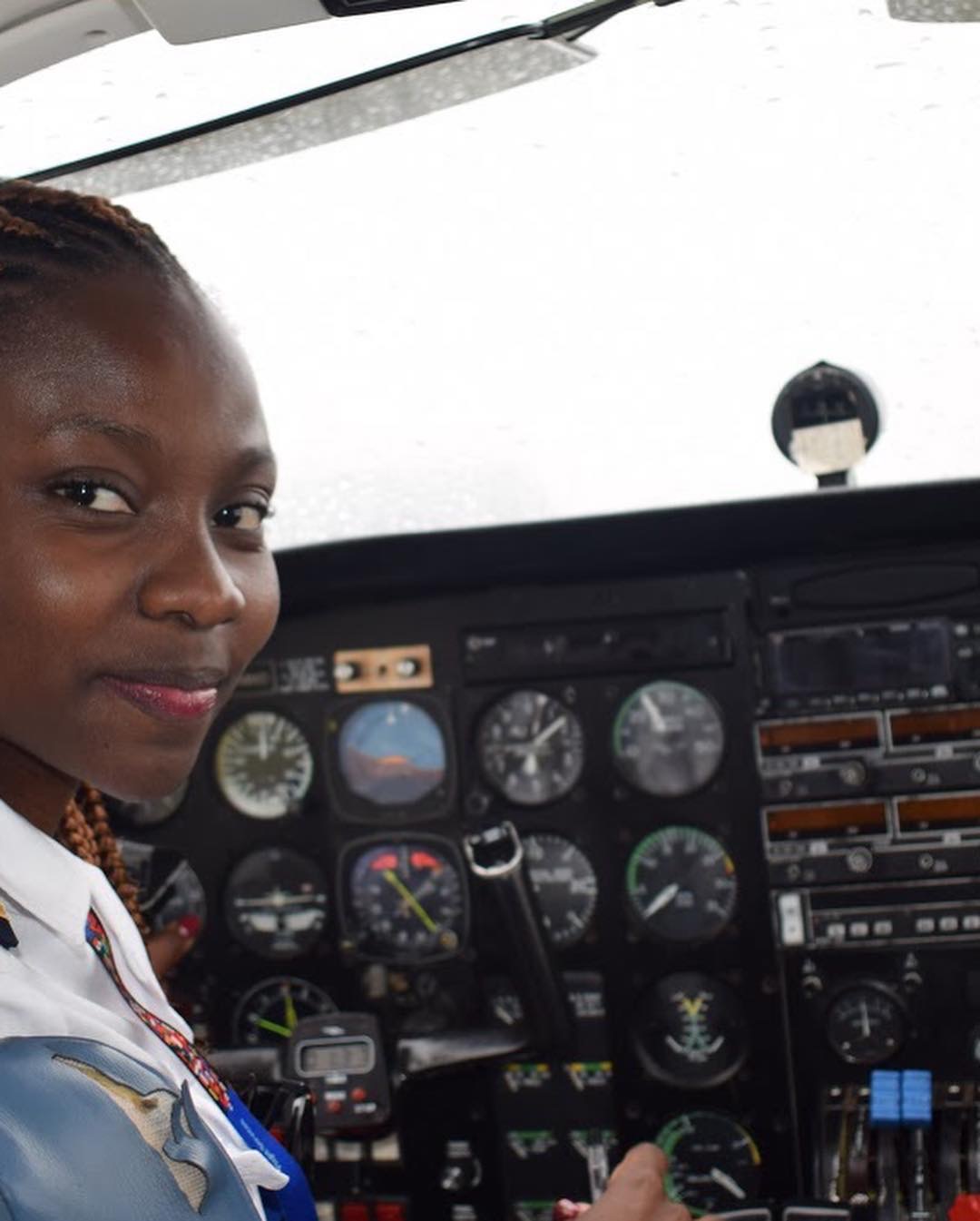 It is for these reasons that she enrolled at the Mach1 Aviation Academy in South Africa where she began to live her dream.

“I had my flight training in Mach1 Aviation Academy in Johannesburg in the Republic of South Africa. I started in August 2015, and I was 18 when I had just completed my secondary education. I didn’t have to wait for my results to go to university. I also didn’t see the need to buy forms because it didn’t offer me what I wanted to be. I had to go to South Africa to pursue my dreams.”

The dream was soon turning out to be a nightmare for Audrey. She failed some of her exams, and that gave her promptings to quit entirely. She almost bought into the wrong assertion that this was not a profession for women.

“A number of times, I thought I didn’t want to do it again. At times it was tough, and I thought it was true that what people were saying that women can’t do it is true so maybe, I should just step back. Our flight instructors are usually males, and they will say no, you can do it and that they know females they were also training with that have done it.” 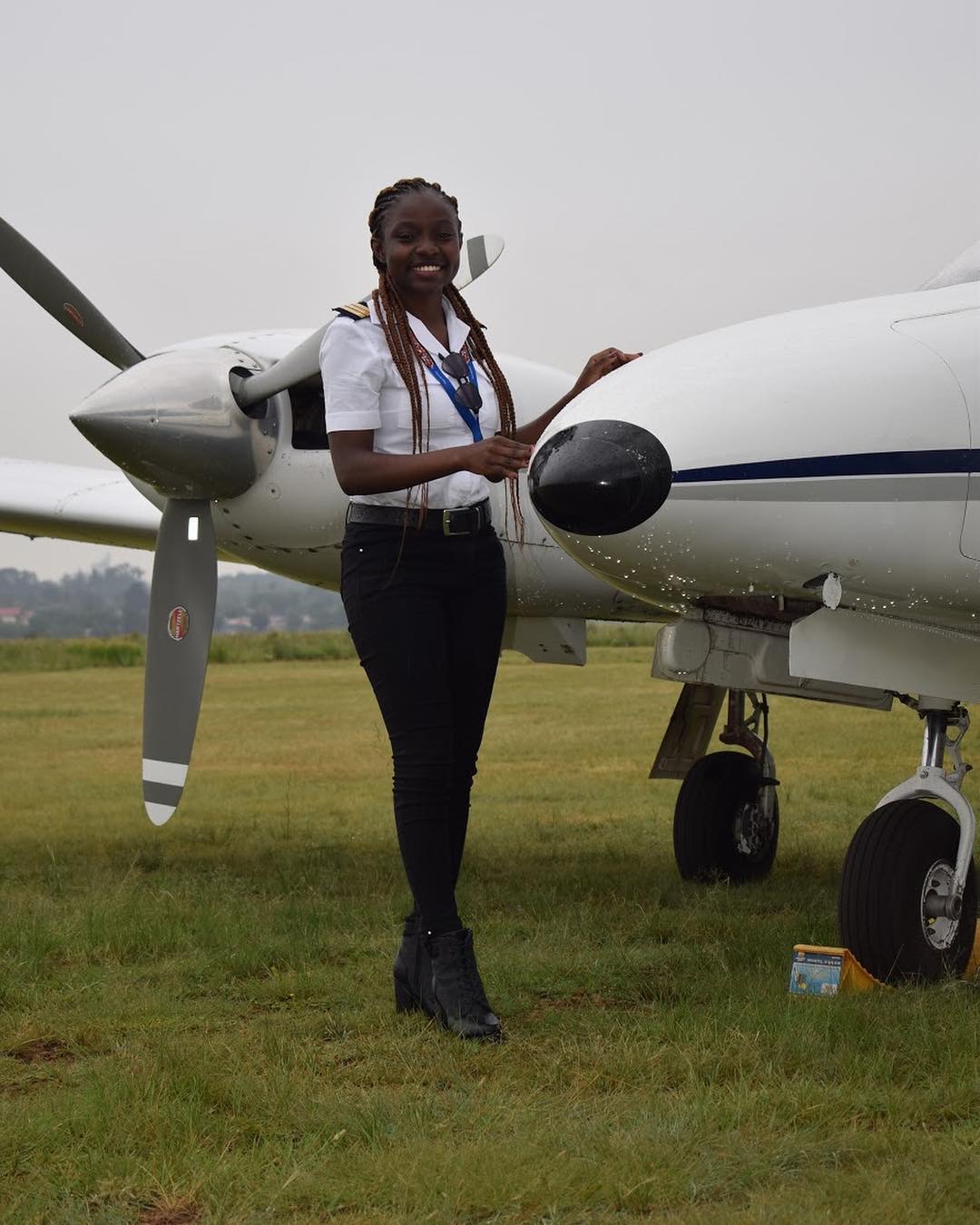 She said the exams were difficult.

“We have the Private pilot license. We have eight subjects, and the pass mark is 75. When you’re done with that, another stage which is the CPL (Commercial Pilot license), and it’s about ten subjects with the same pass mark of 75. For the CPL, you have eighteen months to complete it, and there are a lot of hurdles you have to jump. For every subject, I have three attempts for it. Per one subject, sometimes I get it on the second attempt and others, it could take about two months for me to try again and if it doesn’t work, I try the next two months, and probably I get it. It dampened my spirit. That’s when the thought comes to mind that it’s true; this thing is not meant for me, let me do something easier.” 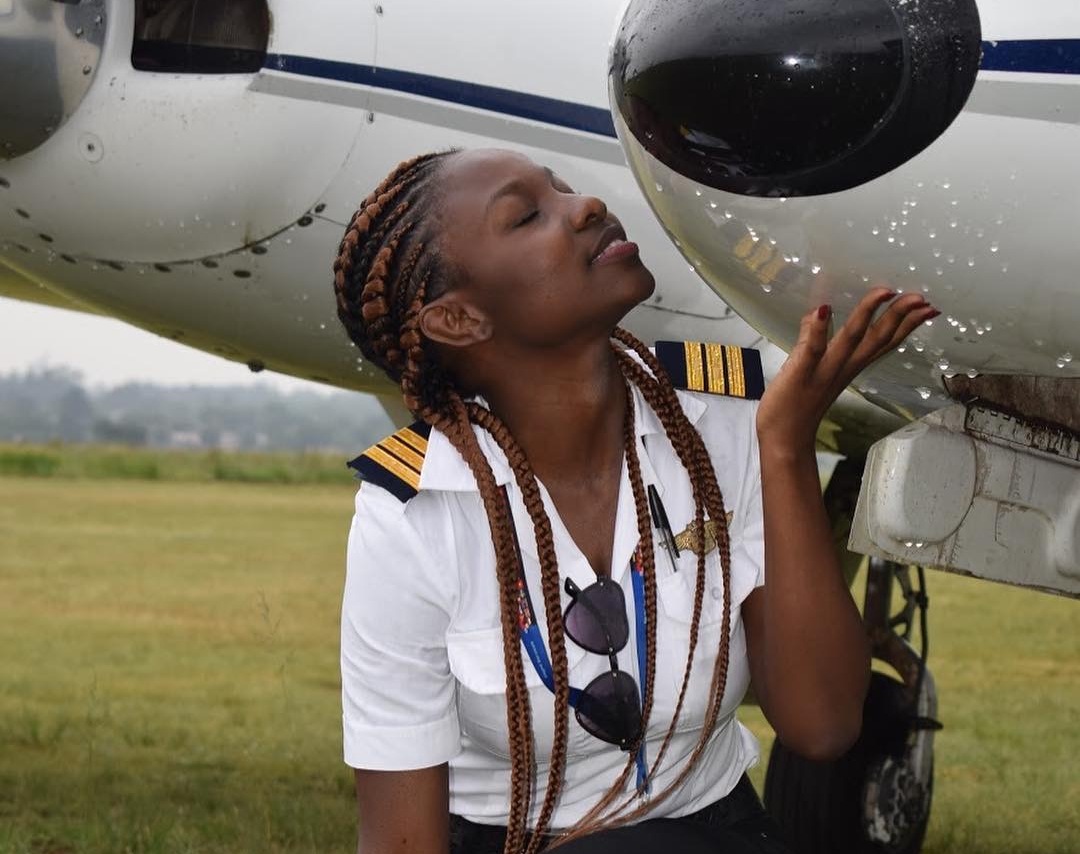 With determination and hard work, she continued, and on the 4th April 2016, she had her first solo flight. That same year, she got her private pilot license.

“My first solo flight was overwhelming because I didn’t see it coming. To go solo, you’re required to take off and land on your own, and it’s more like flying in a rectangle shape. I realized my flight instructor wasn’t on board and it scared me. I’m fancy, so I’m like is this me, and then just before I landed again, I got scared that it’s going to be my first time doing this with no one on board. It made me feel fulfilled.” 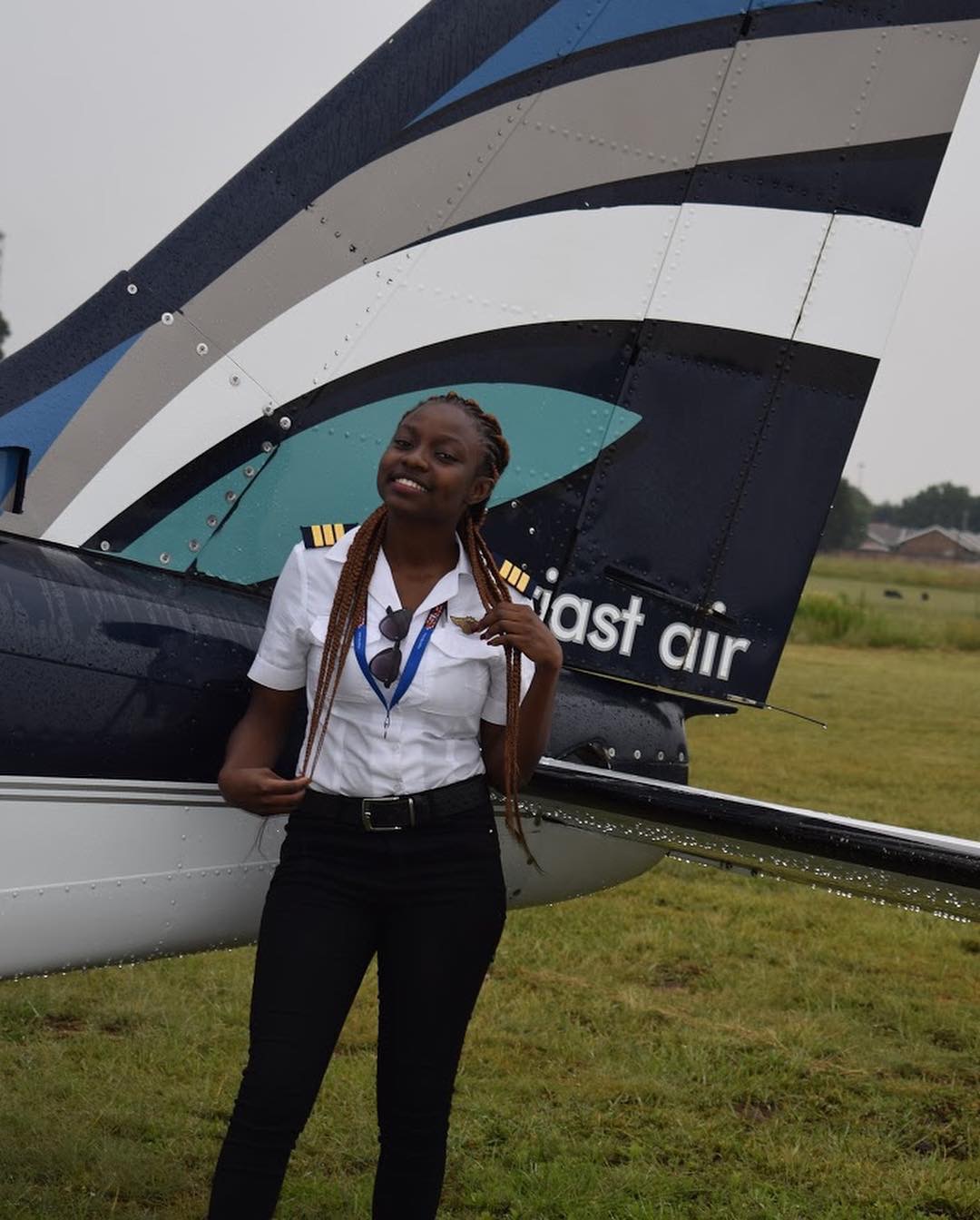 With the acquisition of her commercial license now, Audrey hopes to be an airline pilot with her ultimate aim of being a captain and flying the Airbus A380 one day.

She has received some offers from some airline companies and is hoping to make a decision soon.

“I like to be in an environment where everything is planned. I don’t find myself in other aviation occupations. I’d be much more comfortable in the airlines.” 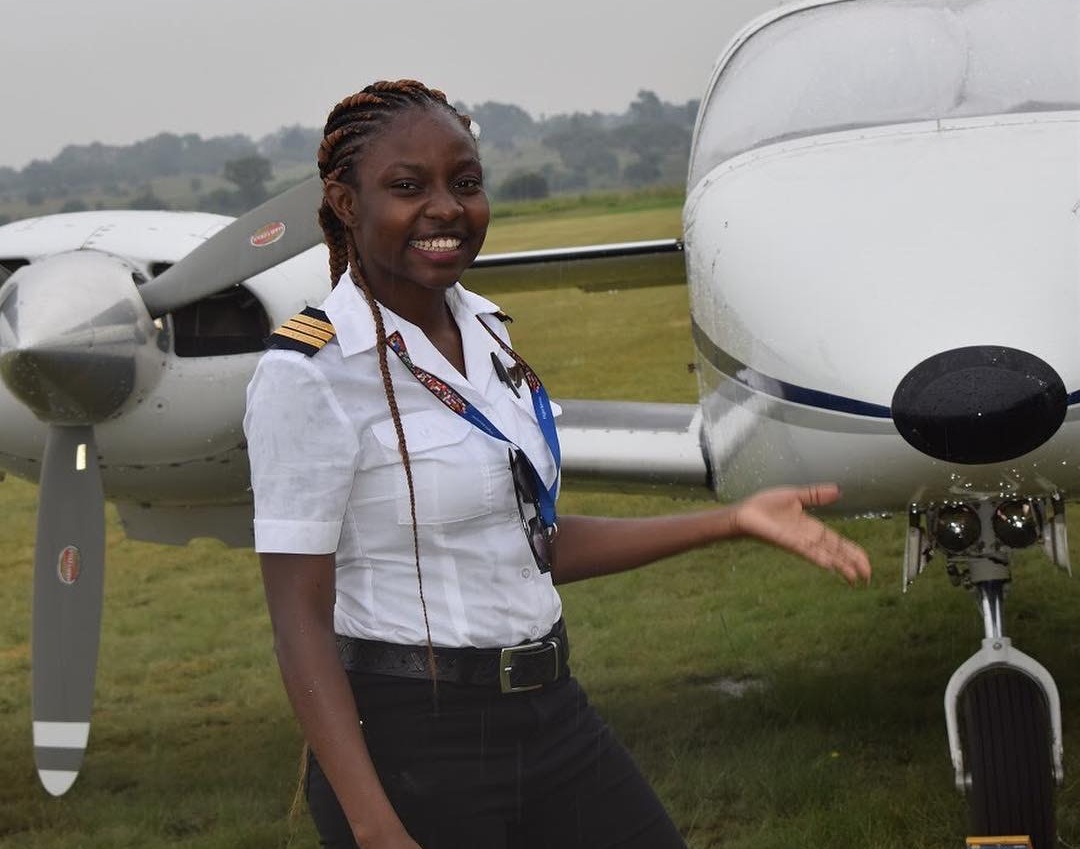 Audrey believes the aviation sector in Ghana is growing, and she is optimistic that the acquisition of a national carrier will create opportunities for those already in the industry, and will be proud to fly an airline that is “made in Ghana.”

Her struggles in getting to where she is, made her set up the Excel Aviation Company to empower women especially to aspire to move into the aviation sector. 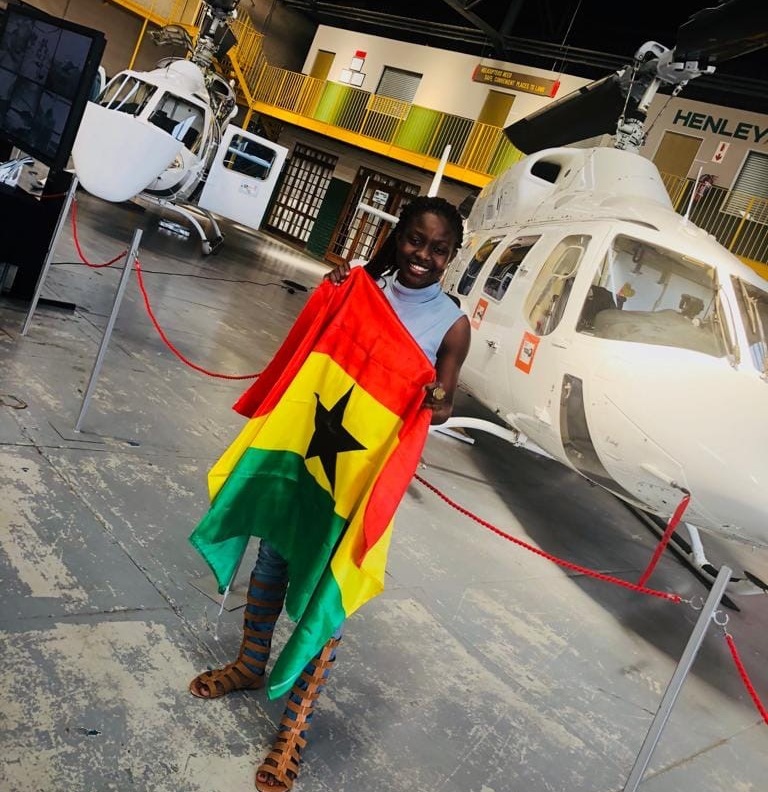 “When people think of aviation, they think you want to be a pilot or cabin crew, but there are other aviation professions. We want to move from schools to schools to talk to them about aviation, and empower them to be what they want to be.”