Dancehall King, Shatta wale has bought himself a brand new Land cruiser which is customised, The Reign. see photos below;

The dancehall king has been making so much publicity on his upcoming album after a successful “After The Storm” album last two years.

The Reign Album which is not yet released is already making waves on social media with photos of the reign symbol scattered all over.

He recently twitted a photo of the reign customised Brand new Land cruiser he bought and everyone seem to be retweeting and talking about it. see photos below: 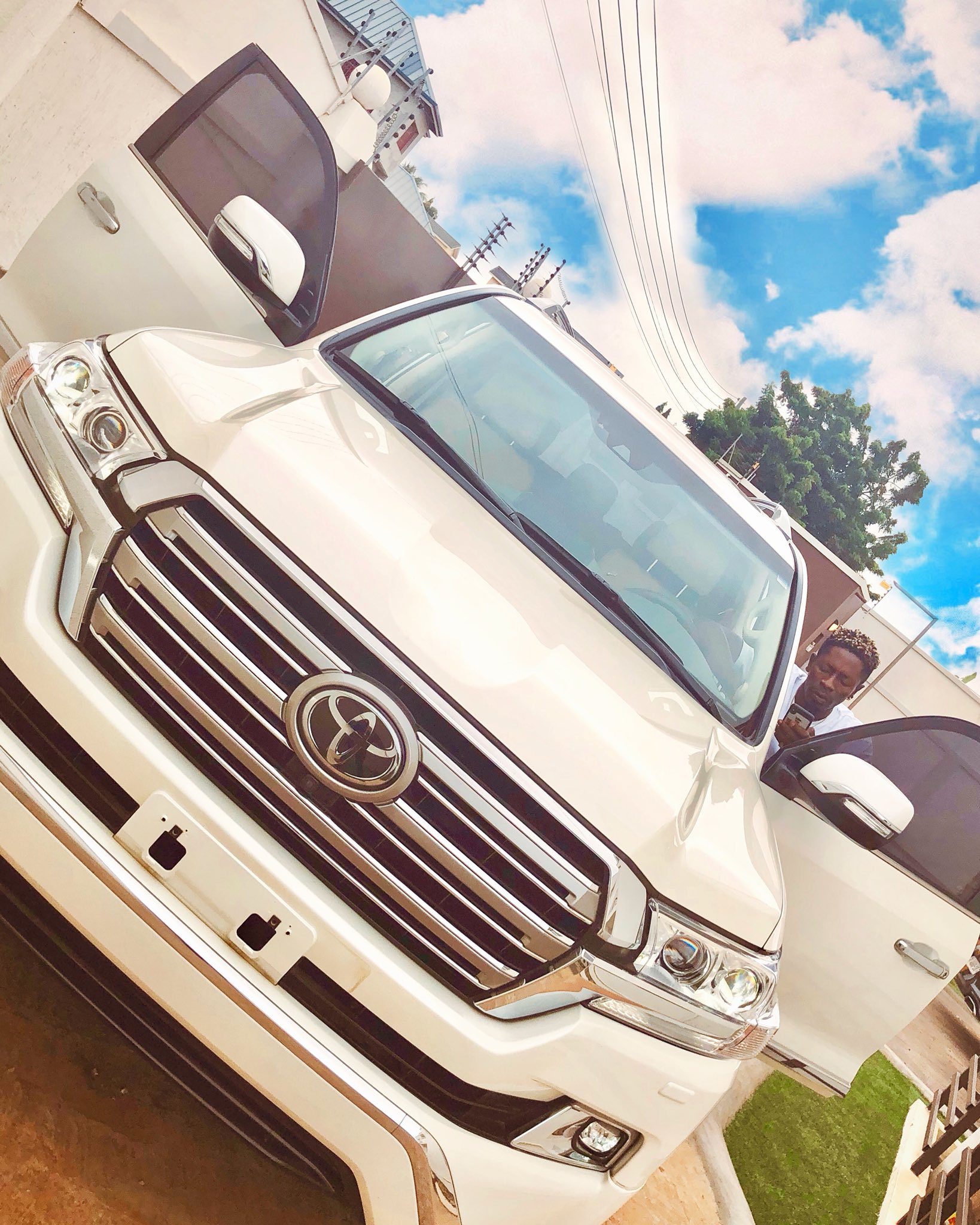