Have you ever crush on someone and realize he or she has a partner or dating?

Well, if you have how does it feel like? I bet you almost feel like going all out to grab her even if it may cost you your last breath for some of you.

Sarkodie aka King Sark just did that, for years back he has been crushing on his recently married wife, Tracy who also happened to be dating someone else then making Sarkodie a standby lover. 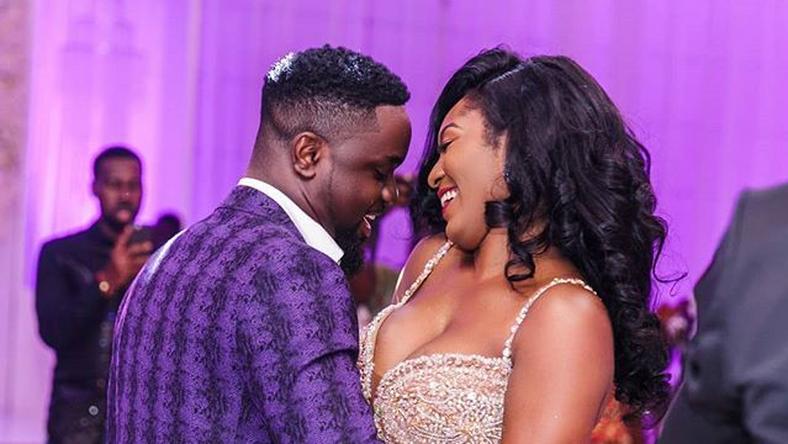 Congratulations to Sarkodie and Tracy on their wedding.

King Sark for a rare time has opened up about some detailed part of his private life and some of the things he disclosed are quite surprising but very interesting as well.

Speaking with Franky 5 on Hitz Fm’s “This Is Gospel” show, the Rapper revealed that his wife, Tracy Sarkcess, was his first crush and it took him a long while before he was able to date her.

The “can’t let you go” hitmaker mentioned that when he first proposed to Tracy, it didn’t succeed because she was having a boyfriend by then. He added that he then waited and hit chords later before it finally succeeded and they have been together since even after a decade.

Watch the video below and learn from King Sark in case you crush is not single:

Wiyaala Earns a spot on BBC’s list of “Celebrated African Women, 2018”
I was maltreated as a child and I didn’t know my mum until JSS – Sarkodie reveals his dark past.